Springfield WORKS with the Economic Pathways Coalition of Massachusetts are working to pass state legislation to eliminate the "Cliff Effect." The legislation would create an innovative program that uses the MA Earned Income Tax Credit in an implementation that has never been done before in another state.

What does this legislation do?

S.119/H.208: An act concerning public assistance for working families and the creation of a pilot program to address the impacts of the Cliff Effect. Filed by Senator Eric Lesser and Representatives Patricia Duffy and Carlos Gonzalez.

This bill creates a three-year pilot program for 100 low-income working families or individuals who are receiving any form of public assistance. It offsets the disproportionate impact that the Cliff Effect has on families transitioning out of public assistance, allowing participants to transition off of benefits without facing an income “cliff.” The bill also includes a savings component that would be paid out after the third year of the program.

The pilot will test whether the MA EITC can be enhanced to create an effective tool for the Commonwealth to close the cliff gap, thus ensuring that workers are not worse off financially as they move up the income scale.

Why pass this bill? 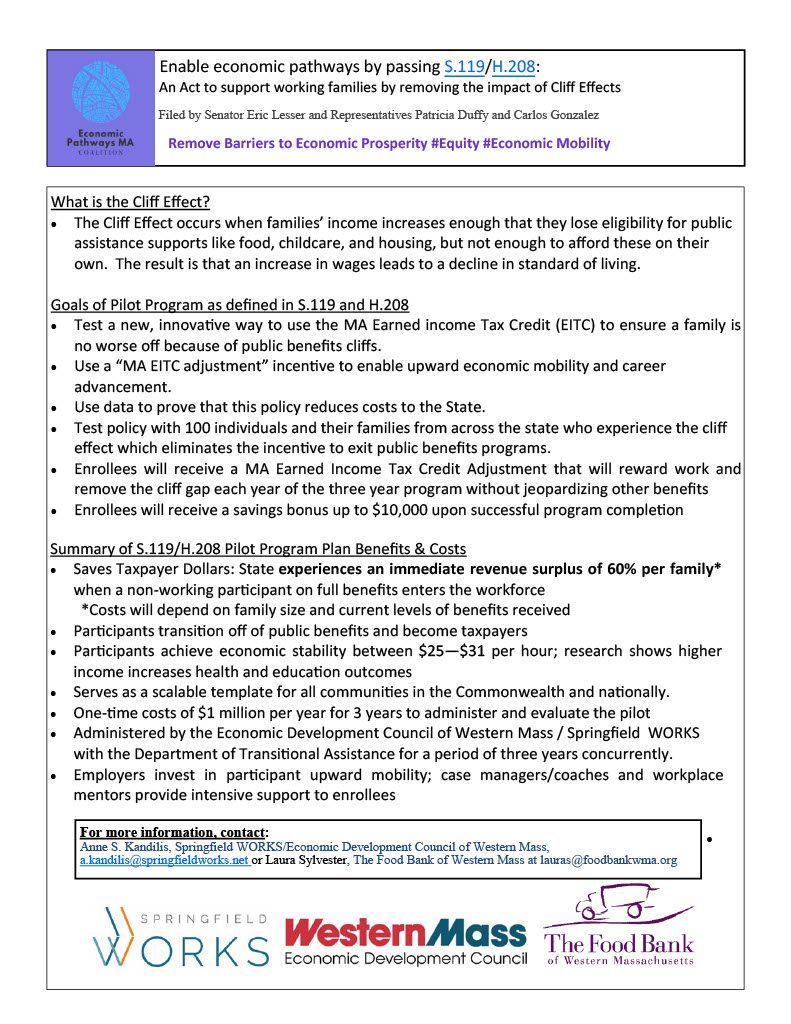